"This may well be the event of the decade for the business community," said Nikki Csek, CEO of Csek Creative.

September 27, 2019, is the date to mark in your calendar if you are in a leadership position or want to level up your leadership skills.

The impressive lineup includes two former prime ministers that have led Canada for over 20 years collectively, the former VP of marketing at Apple, a former NBA player who is now an international speaker sought out by hundreds of companies, one of Canada’s top restaurateurs who was recently named RBC's Woman of the Year among many other accolades, one of the best success mentors in the world who has worked with the biggest names in tech and finance, a B.C. woman who started a Canadian domain registry and a local tech superstar who sold his company to Disney for $350 million. 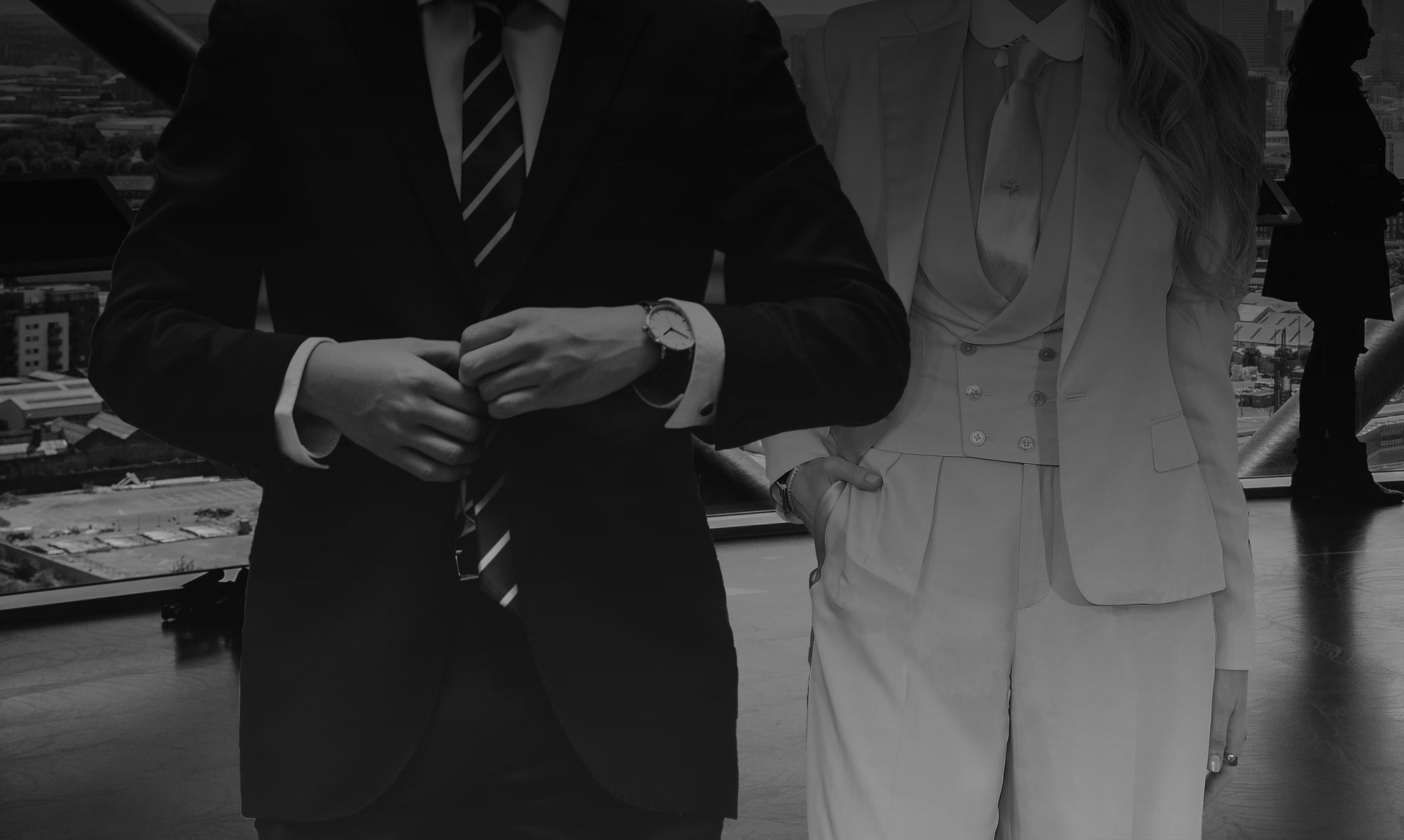 “What does this have to do with leadership? Everything,” said Jim Csek, CPA, CMA and founder of NowMedia. “If you are looking to climb the mountain of success, the best people to get advice from are those who have been to the mountaintop. Leadership is the biggest factor when it comes to the success of an organization."

Events like this are usually only available in major metropolitan areas like New York, Los Angeles or Toronto.

Having an event of this calibre in Kelowna should allow local companies in and around the Thompson Okanagan to send more people because there are no travel or accommodation costs.

And, investing in your people may well be the best investment you make this year because, after all, the human capital is really the biggest factor in the success of most organizations.

Leadership, like any other skill, is something that needs constant honing. You can always be better: #bettereveryday is one of the mantras of Darren Hardy.

“When we first started discussing this idea, I knew we were embarking on a path that would not only affect our company but could also have a big impact on the community and businesses that attend," Montgomery explained.

"I can speak firsthand of my own growth in my role after learning from Darren Hardy in particular, and I know everyone who attends will take away valuable tools that they can implement into their organizations right away."

Level Up is for everyone regardless of where you are in business. From startup entrepreneurs to well established corporations, everyone can level up their leadership skills.

“We wanted to hear from the people that held the highest office in Canada, and not from a political point of view, but from what made them great leaders. To have the Right Honourable Mr. Jean Chrétien and the Right Honourable Mr. Stephen Harper attending is both an honour and a privilege," said Jim Csek. "I don't recall a time where this was available to the public as a professional development event." 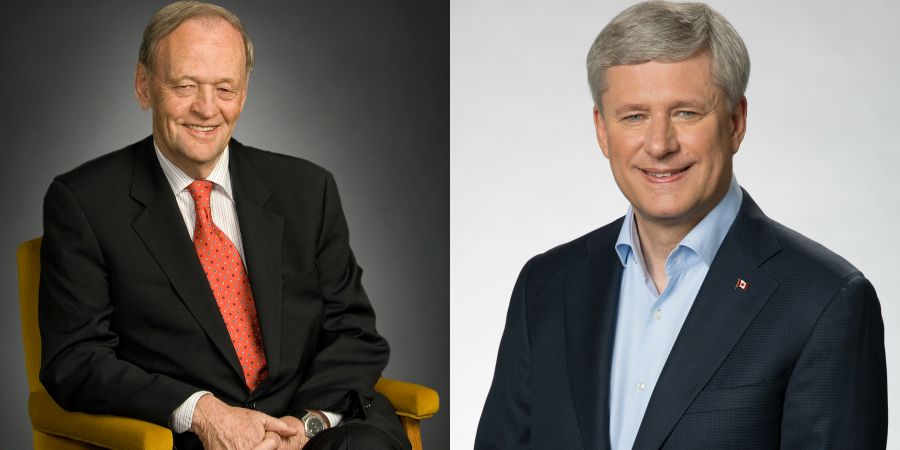 The event has many levels of access, from seats starting at $299 to a VIP experience of $1,599 that includes a meet and greet and a banquet.

“We wanted to make sure everyone had the opportunity to attend what we view as the event of the decade,” said Alexa Anderson, the event organizer. “There are no bad seats in this theatre-style venue. The sound, lighting, five video cameras (including one roving camera) will make this not only a star-studded event, but from a production value, a best in-class event as well.”

What sparked this idea?

“We were looking for something that was epic and would celebrate our 20 years of doing business in the Thompson Okanagan. We wanted to do something significant and also something that was of great value to local businesses, a give back to our community,” said Nikki Csek, CEO of Csek Creative.

“I have been a big promoter of local business for the past 20 years and want nothing but the best for all our local entrepreneurs. This year is a big year for Csek Creative and for me, as I have the honour of being the president of the Kelowna Chamber of Commerce.” 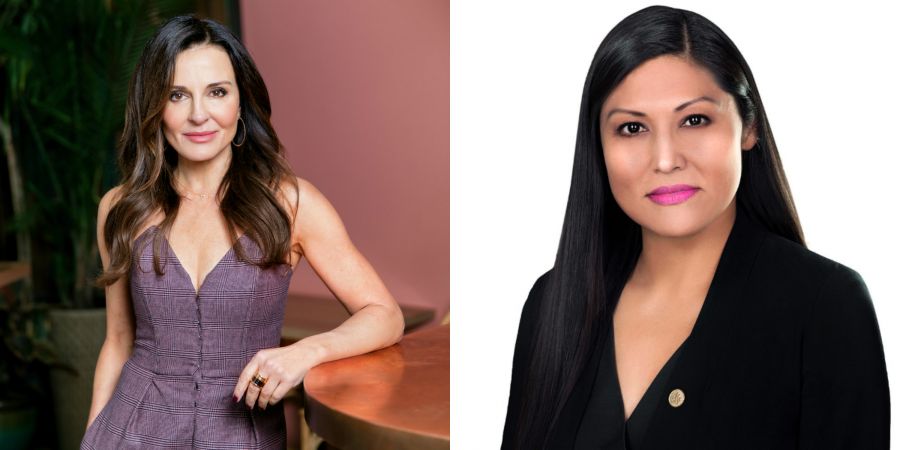 We have not yet advertised the event outside of the local market but will start this following week as we are sure that people will be interested in coming from Calgary and Vancouver, especially with the two former Prime Ministers on the bill.

We have several opportunities for companies to consider as well, including sponsoring a speaker. This allows a company representative to introduce the speaker, but also speak on what leadership means to their organization.

There are corporate ticket bundles as well that provide a mix of tickets. This allows you to give VIP tickets to your leaders and different tiers to your up-and-coming leaders or favourite clients. The bundles bring your average cost of tickets to the $600 range.

“We believe there is something for everyone in the lineup,” said Rob Cupello of Kamloops, partner at Csek Creative. “For me, the opportunity to learn from someone that was VP of marketing at Apple, one of the best marketing companies in the world, and an integral piece in the launch of Beats by Dr. Dre, is a once in a lifetime experience.

"I am just over the moon to get this in our backyard. This event will put Kelowna on the conference map.”

"Our company is definitely putting it in on the line with an event of this magnitude in what some would call a small market for this line-up of speakers, we wanted to build something that has tremendous value for business leaders, said Nikki Csek.

"Leadership is the biggest factor in determining success, and every leader, whether just starting out or seasoned can always level up their skills."

For more information on the event and on the speakers, check out the event website.

For more information on how your business can be a corporate sponsor or to buy corporate ticket bundles, click here.

Click here for more information and click here to buy tickets or you can email Alexa to get information on corporate bundles, sponsorship opportunities or group discounts.

Csek Creative is presenting this event along with NowMedia which is wholly owned by Csek Creative. NowMedia is the umbrella company for, KelownaNow, KamloopsBCNow, PentictonNow and PrinceGeorgeNow.

The Kelowna Daily Courier is the exclusive newspaper sponsor. Orchard Ford is the official transportation sponsor for the speakers.

And we will keep you connected to the latest marketing trends, new product offerings, offers, and learning sessions.